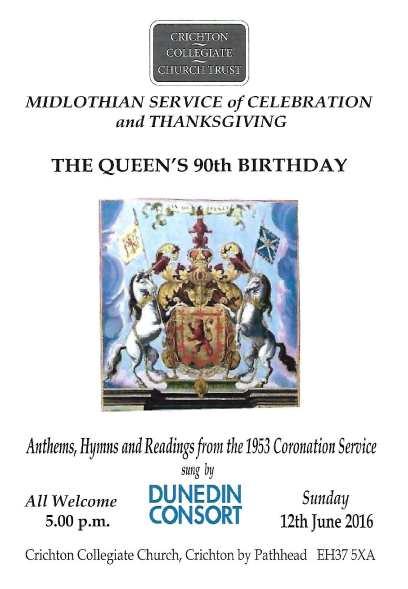 Midlothian Service of Celebration and Thanksgiving

Anthems, Hymns and Readings from the 1953 Coronation Service

The Very Revd. John Chalmers, an Honorary Chaplain to the Queen, will lead the service which will take the form of seven anthems and readings drawn mainly from the 1953 Coronation. Sir Robert Clerk Bt OBE,  Lord-Lieutenant of Midlothian will be present. The congregation will sing two hymns alongside the vocalists of the internationally renowned Dunedin Consort who last performed at Crichton to great effect in 2014. They return to perform this special celebratory service. There will be no sermon.