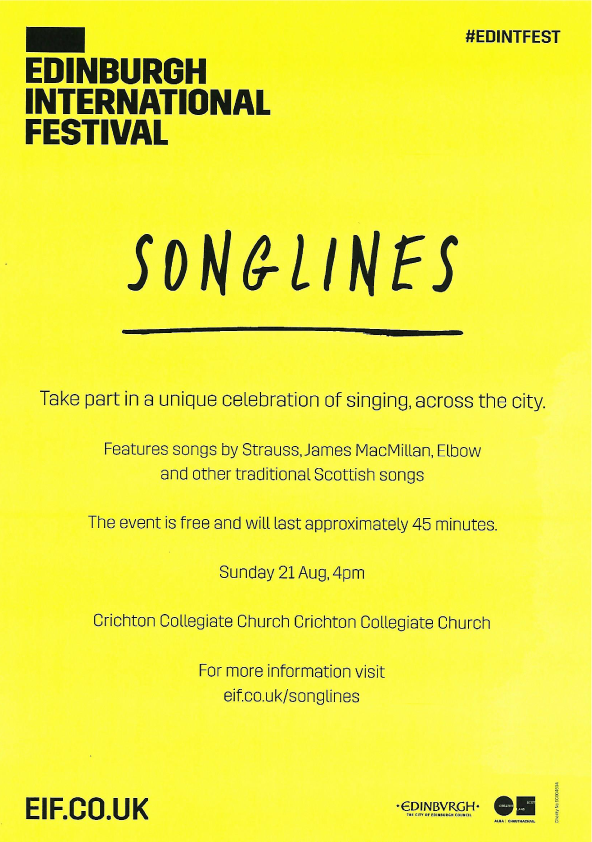 As part of the Edinburgh International Festival, soprano Emma Morwood will be performing a 40 minute concert.

This will be one of a series of performances being staged simultaneously at a number of locations around Edinburgh organised by the  Festival Creative Learning Team.

Songlines is a city-wide event taking place on the middle Sunday of the International Festival inviting everyone to take part in a unique celebration of singing. It is inspired by the indigenous Australian ancestral tradition of passing on ancient sacred stories as large song cycles that preserve the living link between land and people.

In eight venues across the city, stretching from South Queensferry to Haddington, soloists or choirs will sing the same programme of music at the same time in each place, connecting the city through song.