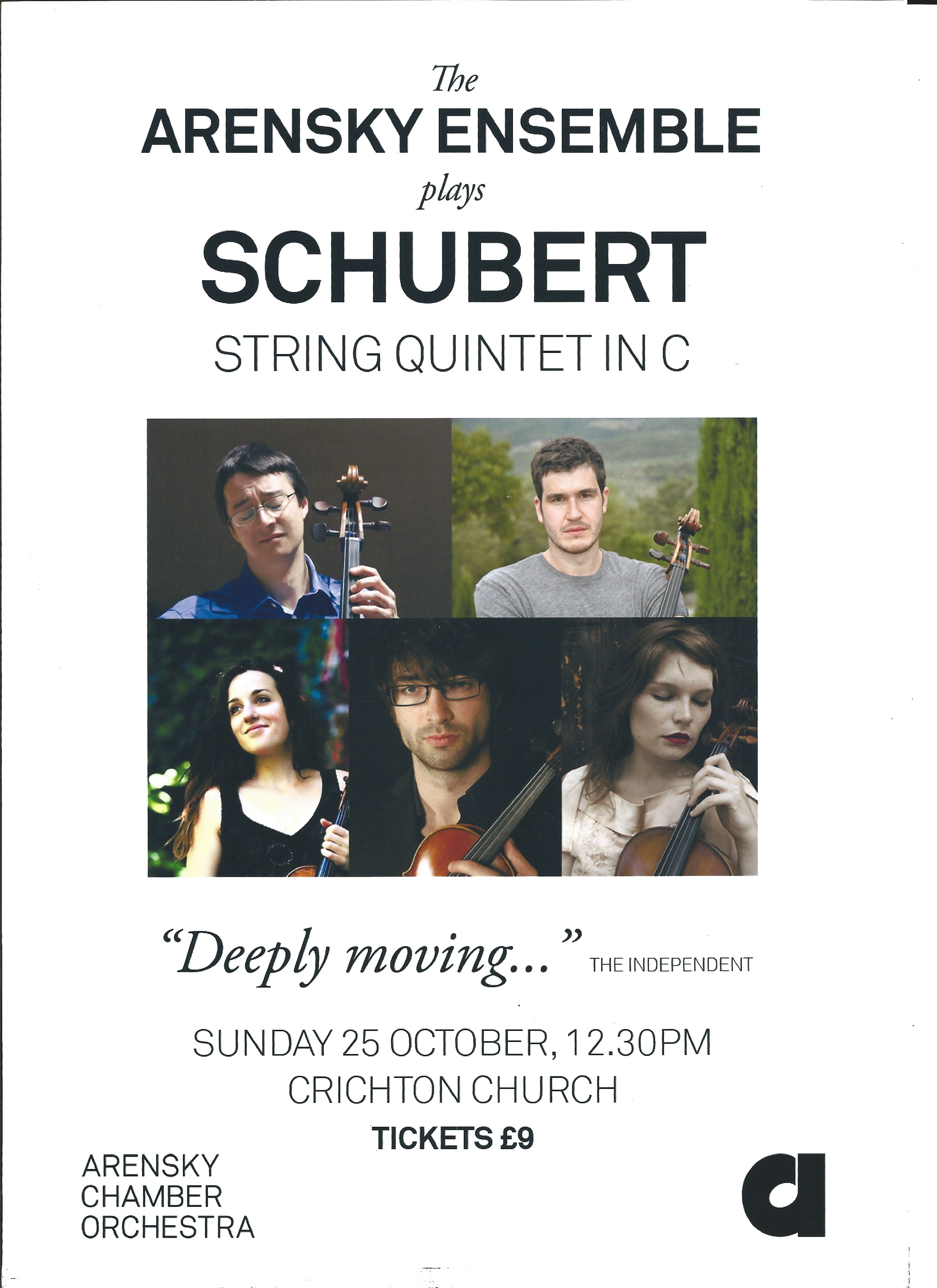 The London based Arensky Ensemble plays Schubert’s String Quintet in C, justifiably regarded as one of the greatest and most popular chamber works ever written.

The Arensky Ensemble is formed from the principal players of the innovative London-based Arensky Chamber Orchestra and has been described as ‘deeply moving’ by Michael Church of The Independent.  A string quintet for this occasion, the Ensemble returns to the Scottish Borders this weekend (23rd – 25th October) with concerts in Peebles (violinist Rowan Bell is from Peebles) and Galashiels.  They will play a shortened version of their concert in Crichton on Sunday 25th October at 12.30pm: arguably Schubert’s greatest masterpiece.

Schubert’s Quintet in C has been described as the pinnacle of all music; it is certainly one of the greatest compositions in chamber music. Scored for a standard string quartet with an extra cello, it is also one of the longest chamber compositions ever written.  So many superlatives have been applied to this work: “glows with almost painful beauty”; “is purity itself”; “sublime”; “possessing bottomless pathos”.

The Quintet was written just weeks before Schubert died and was not performed in public until 22 years after his death. He was, sadly, not to witness how his work would rise to veneration and popularity after it had been rediscovered.